You don’t really need Press Credentials to be a photojournalist, but it sure helps. Since the assassinations of the 1960’s it is more difficult to get close to people and stages. Even in the 1970’s, I could never have gotten close enough to get this photograph of Senator’s McGovern and Kennedy at a Pittsburgh presidential campaign rally without Press Credentials. Today you can use a camera on a tripod with a telephoto lens to take pictures like this from further away. However, you will need Press Credentials to be able to set up a tripod and gain access the to pool area where photographers are allowed. You will need to develop a Photographic Portfolio to show to editors to get them to put you on their freelance staff. You will need to be able to work at first as an Independent Contractor and if you are lucky, you may some day get a full time job at very low pay. In the old days, freelance photographers were called “stringers”, today they are called underemployed. You may be required to have a background and security check before getting Press Credentials.

To be a photojournalist you need to be able to work strange and long hours. Like a news reporter you have to be willing to do anything for a story. In 1978, film director George Romero made “Dawn of the Dead” in a local Pittsburgh Shopping Mall. I was assigned to cover the story for Pittsburgh Magazine. Since it was being shot at a shopping mall, it was filmed from 9 PM until 8 AM. I would shoot at night and develop the film and make the prints during the day to be able to make the magazine deadline. This is a shot of George Romero listening to one of the movie’s Producers and trying to stifle a laugh. 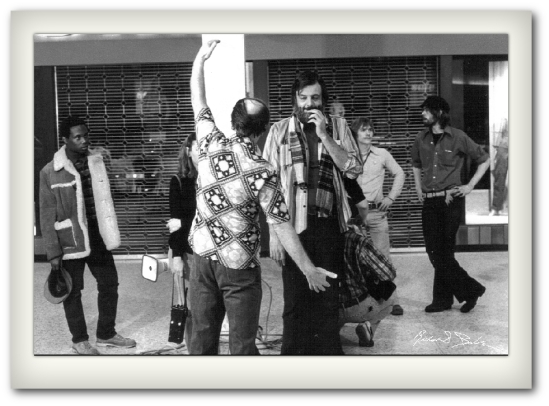 George Romero on the Set of Dawn of the Dead

Sometimes the story is not right in front of you. I was assigned to cover the One World Festival of Music in 1972 in Pittsburgh. I was sitting in the stands trying to figure out how to sneak on to the stage. I noticed some people sitting behind me and figured out it was Dino Valente and Gary Duncan from Quicksilver Messenger Service. The band was one of the headline acts that would perform later. I clicked this picture of Dino Valente kissing some unknown blonde which was the best image of the day. 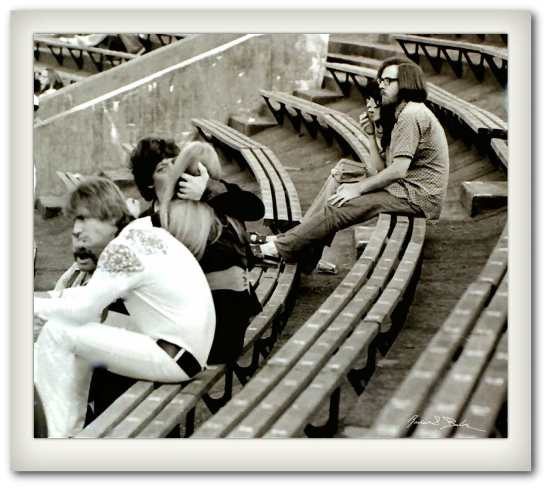 Caught in The Act

Capture the moment. Henri Cartier-Bresson was the famous French Photojournalist which developed the idea that for each image there is one correct moment of capture and only one. This picture illustrates the point, a moment earlier he was standing, a moment later he had fallen. I call this image Stop the World! and it is the title of my first book. It is available on iTunes by clicking here.

Finally, always take pictures of the weird stuff you may see. One might think that this is some sort of worker in a radiation suit involved in some nuclear or chemical accident. The reality is quite different. This person was participating in a race that used to happen every spring at Penn State University. People would have to run a mile and drink six beers at six different bars along the run. Participants would dress in weird costumes and the money was donated to charity. The event was eventually cancelled because the University and the town councils thought in promoted public drunkenness. 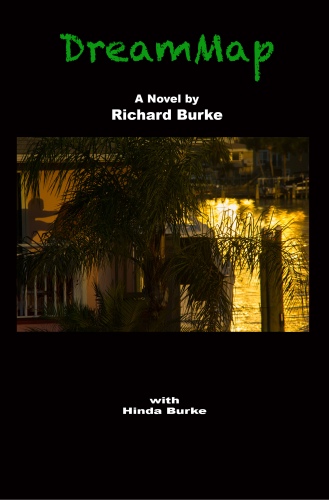 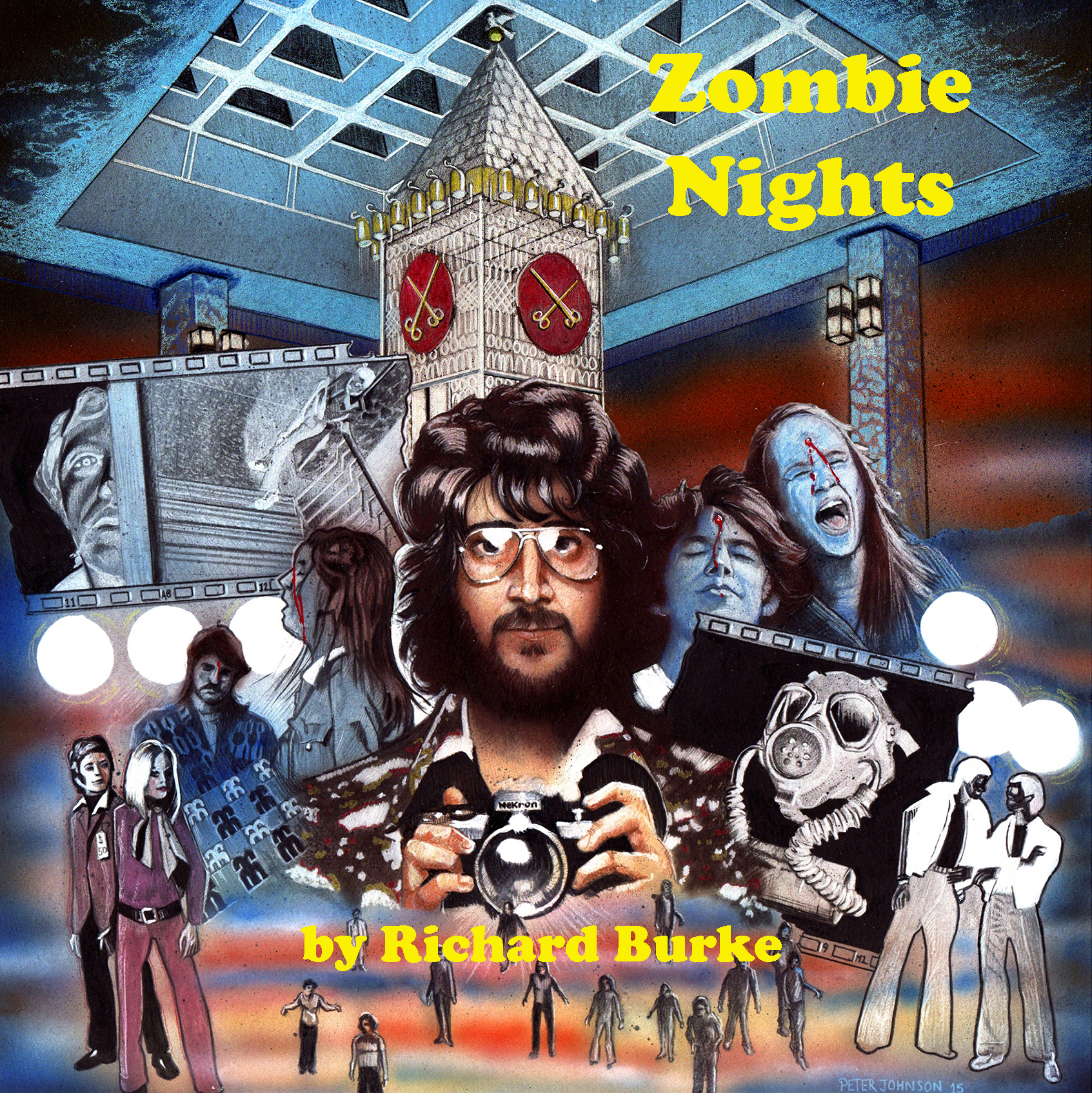 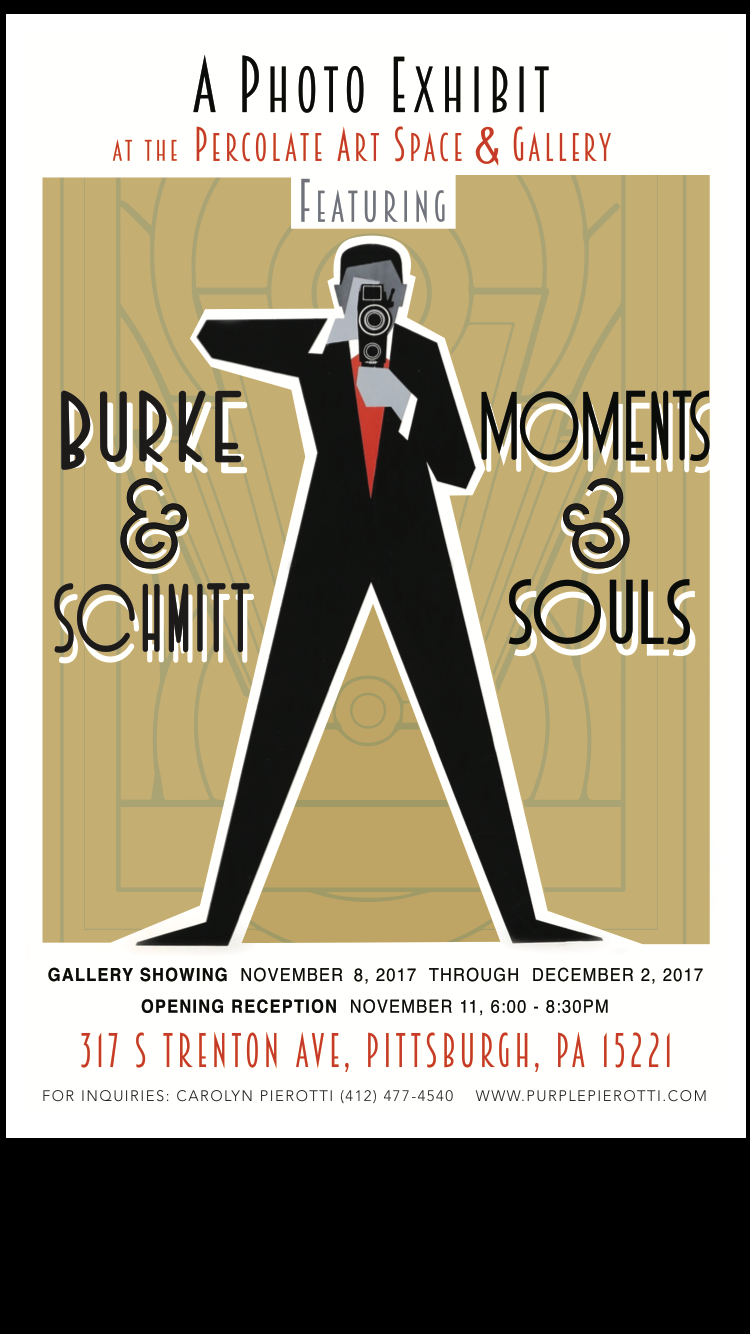 See other gifts available on Zazzle.